Create a virtual image from a physical machine

I was excited to read vmware's article about their software that converts physical machines to virtual ones - for free.
Here at innotech we are using virtuals for test environments and are soon to deploy them for production. The whole concept offers so much promise.
The march of virtualization is going to be pushing against the phalanxes of Microsoft Previously, in a license scheme that even our Microsoft rep said was brain-damaged, Microsoft required a license for each OS in a virtual whether it was being used actively or not. Which meant you couldn't store different test configurations of your product without paying a fee for each virtual in the 'freezer'. They changed the license so you only need licenses for the virtuals you are currently running which seems more reasonable.
If a company has a Microsoft OS running in five virtuals on a machine, they need to buy five copies of the operating system. With Linux or Solaris they don't need to buy any. The pressure will be to move away from the 'pay-per-virtual' operating systems to free ones.
Posted by Mitch Fincher at 10:48 AM No comments:

Shuana Kelly has the best overview of numbering sections in Microsoft Word. After struggling for an hour trying to get all my numbering to work, I visited Shuana's site. The writing is simple and clear. After struggling with Word's numbering system for years, Shuana taught me in 20 minutes how it really works.
Posted by Mitch Fincher at 8:34 PM 1 comment:

Tonight Hal Fulton of 'The Ruby Way' fame gave an overview of good programming techniques in Ruby. I missed Sam Griffith's opening talk on Domain Specific Languages, but he should post slides soon. 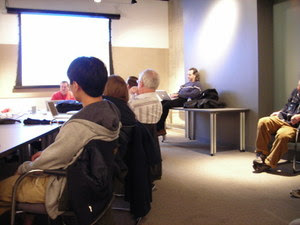 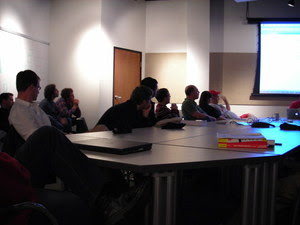 Afterwards we went next door for drinks and snacks. I loved the conversation - it was all about the latest trends on the web, what would be good businesses to start, why other businesses failed. Posted by Mitch Fincher at 8:57 PM No comments:

US Petroleum Use Declining

US petroleum consumption actually dropped in 2006 from 20.8 million barrels a day to 20.6. Even with a growing economy and population the petroleum usage fell.
Posted by Mitch Fincher at 6:05 AM No comments: 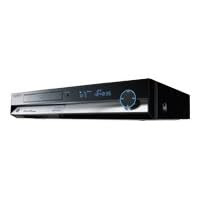 I just read another article on the format wars for the next generation disk. But the "war" will drag out for a few years and by that time the optical disk will be obsolete.
Consumers will just download movies to their terabyte harddrives. It's really much more convenient than going to the store to buy. It's even more convenient than owning a physical dvd ("Where's the dvd for 'The Incredibles'?" would no longer be whined).
The only problem with DDtHD (Download Direct to Hard Drives) is the drive failure, which will all know is not a matter of if, but of when. But the ideal download store of the future would always hold a record of your purchase and you will be able to download the movie as often as you would like.
I'm going to wait on buying a Blu-ray player.
Posted by Mitch Fincher at 6:34 PM No comments:

Is IT Print Media Doomed? 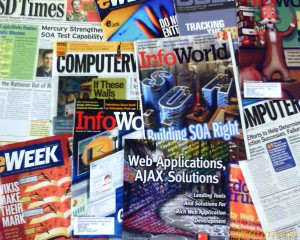 I used to read several free computer magazines every week. Now I find that when I puruse the tree-based media that the news is old hat - it's over three days old! Ancient news.
True the longer articles are not so time based, but still alot of the content is often stale. I find myself reading them less and less. I think the print version will gradually lose critical mass and fade to the online version.
What do you think? Are the IT magazines doomed?
Posted by Mitch Fincher at 7:48 AM 2 comments:

Using ImageMagick instead of PhotoShop for resizing

I've gotten tired of waiting for PhotoShop Elements to load (what in the world are they doing with all that time? On my 2.3GHz box it takes 50 seconds to load). I downloaded the free ImageMagick (download it here) instead to do batch resizing on the command line. I can now convert all my images faster than it takes PhotoShop to appear. The command to resize a set of images to be 500 pixels wide and retain proportion and whose names starts with '2006-12-25-DSCN' is:

Posted by Mitch Fincher at 2:54 PM No comments: