I tried switching completely over to Chrome recently to get the better threading of tabs, but one thing stopped me - the lack of a good darkening addin or feature. I tried a few chrome addins, but always got a bright flash between sites. My eyes are photophobic, so staring at a white page with black letters gives me a headache after a while. Blank Your Monitor works great in Firefox. You can toggle between normal and dark mode with just hitting Ctl-Alt-B, which is much easier than "Tools/Options/Content/Colors...". I still need to toggle because some sites (I'm looking at you Facebook) are not made for sensitive eyes - all the buttons are black with no hint or title. I love Blank Your Monitor. Thanks dlento for creating it!
Posted by Mitch Fincher at 9:43 AM No comments:

"Don't Just Do Something, Sit There!" 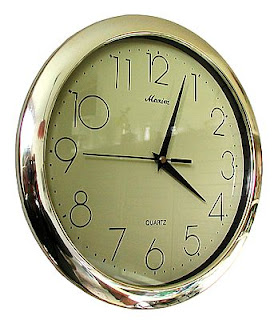 During a recent upgrade I panicked. We were upgrading our system to be on a Universal Time so all the countries could schedule and see events in their local time (don't get me started on daylight savings time).
Our team in India ran my upgrade script to convert all the historical records to Universal Time from the local server time, but my web application was still showing the old time, just as if the script had not run. I spoke with the person doing the SQL script execution and he assumed me he already ran it.

But our system wasn't showing the new times. This is when I panicked. Instead of carefully thinking the situation through and talking with some other knowledgeable people, I had the India team rerun the script. Then it hit me. The servers where caching the times. The database had really been updated, but the app was clever enough to cache the time to save load on the database.

I restart the web app and sure enough the historic times were now changed by twice the intended amount. After rerunning the upgrade script with a negative time to set the clock back everything was fine. The upgrade proceeded and I learned a valuable lesson,

"Don't just do something, sit there! (and think)."

Posted by Mitch Fincher at 8:20 PM No comments:

Keeping up with Tech

Besides the bizzion tech blogs and twitter feeds which litter the internet, I find book publishers' email newsletters to be a good source of what is new and upcoming in the tech field.
The advantage of dead-tree publishers is that they take the time to see what is really viable and take a little longer term view than web-only sources.
A print publisher has more at stake if a book bombs - a warehouse full of unsold books.
A few that I subscribe to:
The Pragmatic Programmer newsletters and magazines.
Mannings subscribe to Newsletter.
Posted by Mitch Fincher at 12:50 PM No comments:

The Myth of the Better Alternative

The problem is, of course, we don't know who will rise to power after a bad dictator is disposed. Will the new government be better? Hopefully, but it could easily be worse. We just don't know. We can't know. Removing a dictator could result in a long, bloody civil war that kills thousands of people and literally destroys the country, only to be followed by a more evil dictator.

Czar Nicholas was not the best ruler, but I think many Russians - the 20 million killed by Stalin come to mind - would have preferred the Czar to the communists.

The United States does not need to intervene everywhere in the world that has what we consider a less than optimal government. We just can't afford it. Besides, we don't know what's best for other countries. Why don't we just save thousands of our soldier's lives, trillions of dollars and let the rest of the world work out their own problems?
Posted by Mitch Fincher at 12:41 PM 3 comments: