Which Foreign Countries Own the US Debt? After a dinner conversation, I was interested to know exactly which countries own the US foreign debt. I went the the treasury's website and created the above chart. China is now the largest [foreign] owner of US debt with 682 billion, followed closely by Japan with 577 and the United Kingdom good for 360 billion. Interesting that Japan owns almost as much as China, but we hear so little about Japan.
The total US Debt in November of 2008 was about 10.6 Trillion, so the foreign ownership is 28%. Is this a good thing?
Posted by Mitch Fincher at 10:27 AM 3 comments:

Fun things to do with Google - Track UPS Packages

A little known feature of Google is that you can enter a tracking number for UPS packages and it will take you to the UPS site and show the package status. Google recognizes many forms of tracking numbers and tries to do the right thing.
Posted by Mitch Fincher at 4:27 PM No comments: 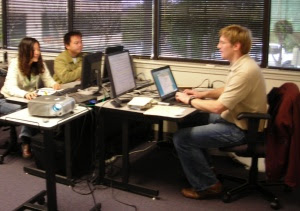 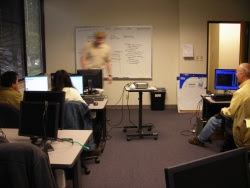 I struggled through the beginning of the course and then in the afternoon of the third day, the clouds parted, music swelled, and the pure sunshine of agile testing shone through and slapped my face.

I'll post another entry to give an overview of the concepts that struck me most. The labs were the perfect length, not too long as to be too time consuming, but technical enough to show the concept succinctly. I highly recommend the course if you are interested in bringing your skills to the next level. 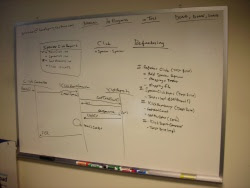