Ok, I'm a big fan of 3D movies and waiting patiently, (OK, not so patiently for TimeWarner to rollout its Discovery3D channel), for mainstream 3D TV.
I've seen a few computer 3D monitors advertised and pondering what that will mean for programming environments.
I have a pair of prescription glasses with a prism effect for easing eye-strain. Oddly enough the glasses present a 3D effect based on color. Key words colored red float about an eighth of an inch off the screen, key words in blue sink into the monitor.
It will be great when we all have 3D monitors for coding and can tell VS2014 to make the inner loops of program float a little off the monitor. Not as great as when color coding made its appearance, but it'll be welcome just the same.
Posted by Mitch Fincher at 10:53 AM 2 comments:

Email ThisBlogThis!Share to TwitterShare to FacebookShare to Pinterest
Labels: programming vs2014 3D

The Future of Arial Dogfights?

This could well be the future of dogfights (not with virtual missiles, but real ones). It could also be the future of attacks on individuals, like the Predator strikes in Pakistan and Afghanistan - or terrorist attacks.

Posted by Mitch Fincher at 7:30 AM No comments: 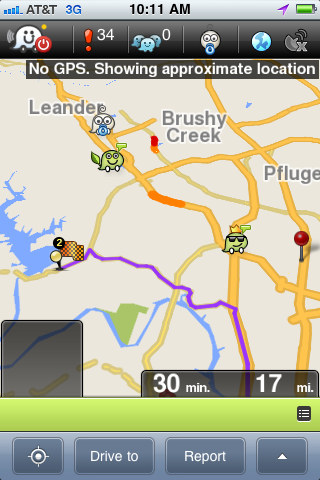 I've been playing with Waze, an iphone app, for a few days. I love the promise of Waze - it gets traffic conditions in real time from other Waze users. Waze could see that several of its users are traveling at 3 mph up I35 and can redirect you automatically to another route. No need to have a human traffic seer to punch in recommendations.
Waze can learn how fast different routes get you to work on different days and times; then advise you on the fastest way to work - taking into account how fast all the other Waze users are traveling.
Alas it shows much potential, but its still in growing pains. Several times it directed me in the wrong direction and had trouble locating the destination I typed in.
I'd love to see the product when it matures - it shows so much promise to reduce fuel consumption and make our travel times shorter.
Posted by Mitch Fincher at 6:54 PM No comments:

IPhone with a 3D Camera

This is what I'd like for Christmas, a 3D IPhone. Softbank is launching a 3D phone that can show 3D pictures and video without the special glasses. Surely an IPhone that could take and show 3D pictures and play 3D games is not too much to ask for? The width of the IPhone is perfect for a second camera to mimic the distance between the Homo Sapiens' eyeballs. 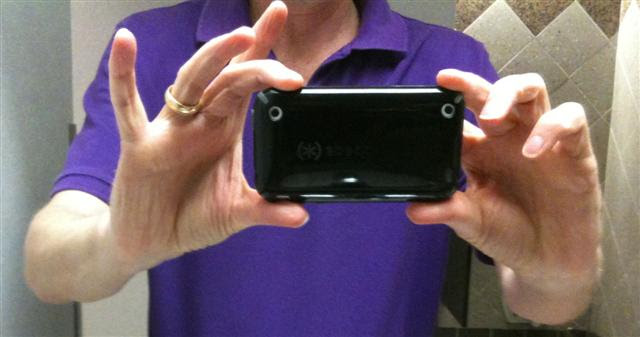 Posted by Mitch Fincher at 6:42 PM No comments: 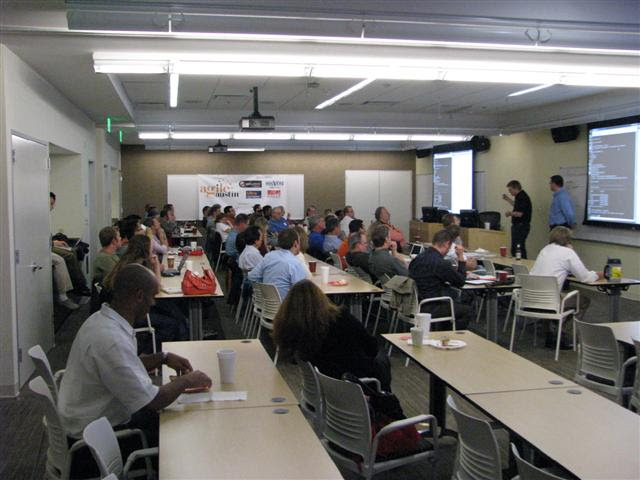 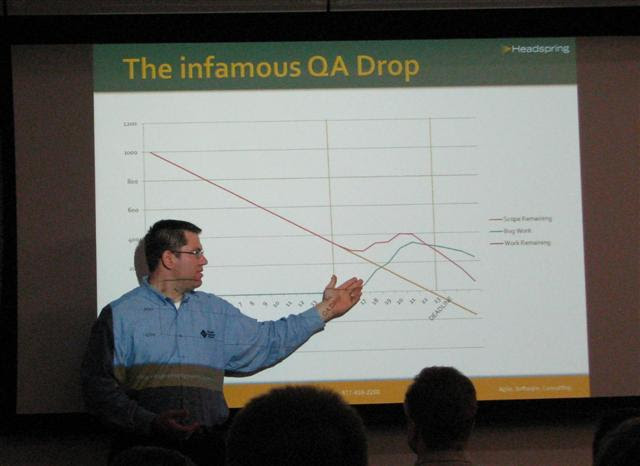 At this month's Agile Austin meeting 60 people came to hear Jeffrey "Party with" Palermo and Matt Hinze both from talk about "Iteration Zero", setting up a project's source control, build environments and deployment. Below is my jumble of takeaway items:

They recommended the book "Configuration Management" by Aiello
When the audience was asked which version control they used the raised hands indicated percentages like this: Svn 30 git 30 hg 20 Visual Source Safe 5 other 15
Don't centralize libraries for all your projects; each project should have its own hibernate libraries so they can upgrade individually.
You can get hosted version control for about $10 per month
Headspring uses bitbucket by Atlassian for source control, Psake for building, TeamCity by Jetbrains for Continuous Automation (other popular ones are Hudson or CruiseControl.Net), Watin for GUI testing, Rackspace cloud for servers
Matt: "We are digging a pit of success and pushing you into it."
Developers should have their test database on their own box so development can continue without a network
The USPS hosts some sort of Address validation
In batch files include an "& pause" so the windows stay open for inspection

I was surprised how much Headspring uses the cloud for their servers. Jeffrey said they like the pay-by-the-hour usage model of spinning up a server, doing their work on it, and then closing it.
Headspring is an interesting company in that they do training, but they also develop software commercially for profit. I like the fact that their advice is not some academic thinking of a subject, but hard-won knowledge based on what really works in the trenches. 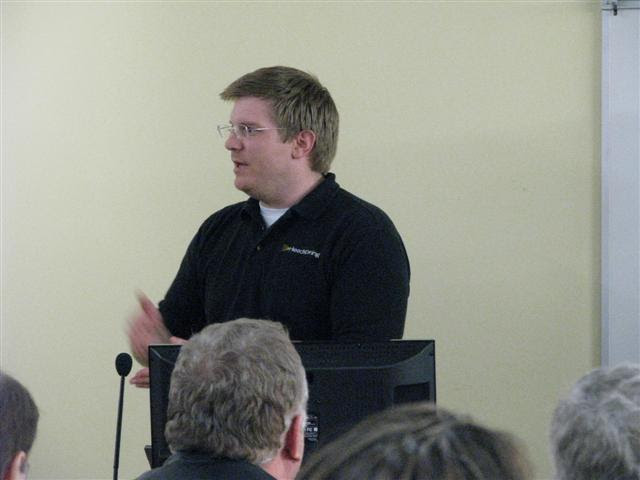 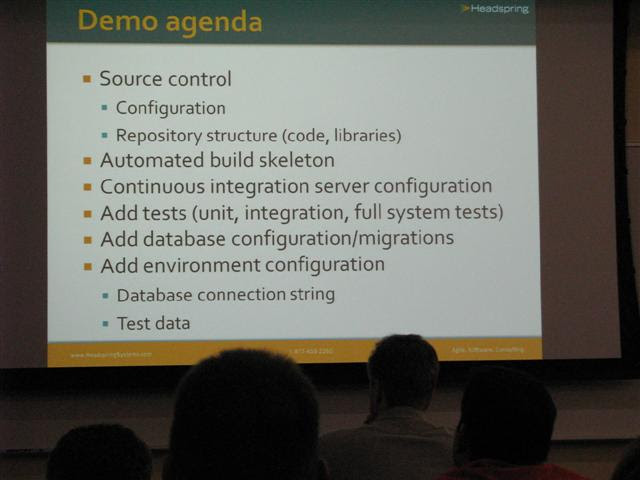 Scott Bellware was present to add the Lean perspective to the evening. 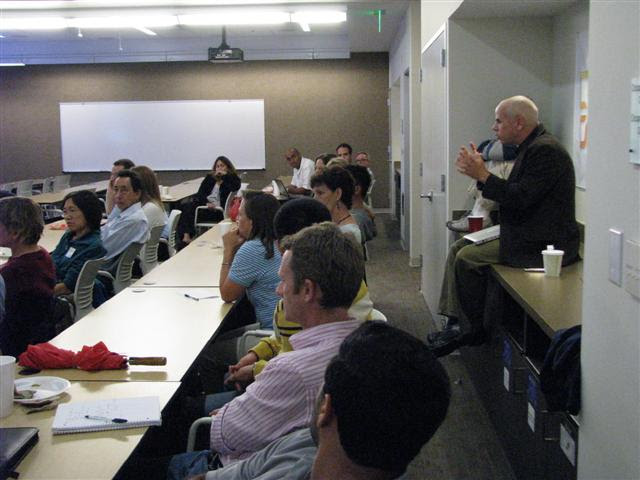 Posted by Mitch Fincher at 12:56 PM No comments: