Vladimir Putin is the Future of America 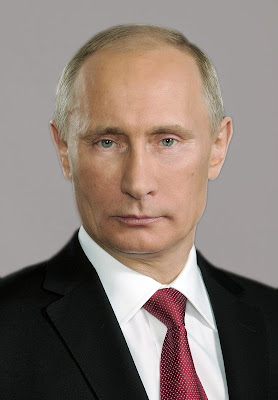 From www.kremlin.ru via wikimedia
Most American citizens do not appreciate how truly dangerous the National Security Agency’s domestic surveillance program is. No less than our Republic itself is threatened.

The danger is that an insider from the NSA could seize power in the United States.
Sound farfetched? Vladimir Putin, a former KGB officer, took Russia from a democracy to a kleptocracy powered by his old KGB buddies. Someone from the NSA can do something quite similar in America.

Here are the steps:

1. The president succumbs to the temptation to use information gleaned from NSA surveillance to blackmail his opponents. You can imagine the phone call that results:

"Senator, I know you are planning to vote against the President's bill tomorrow, but just think of the consequences. We know you have nothing to hide, but your nephew has been looking at some sketchy websites; if this gets out he could go to prison. And your brother has been caught on tape to his accountant doing some very creative tax avoidance that could land him in jail as well. Oh, and one of your major donors has been doing some insider trading. So think carefully about how you vote tomorrow."

2. After a while, the NSA will tire of just pulling the strings for the president and want to put their own man in the White House. The NSA can try to blackmail all the good candidates out of the race. If that fails they can target the donors. If word leaked out that donors to a candidate were being
personally investigated by various governmental agencies, donations would dry up—along with any chance of winning an election.

The concentration of power in the NSA is incompatible with democracy. Vote for candidates who support reigning in domestic surveillance, unless you really admire what Vladimir Putin has done in his former democracy.
Posted by Mitch Fincher at 6:47 PM No comments:

CITCON, the Continuous Integration and Testing Conference, is in Austin this year! Here's a few pics of the opening night of the Open Spaces Conference, hosted by our friends at BuildASign.com. 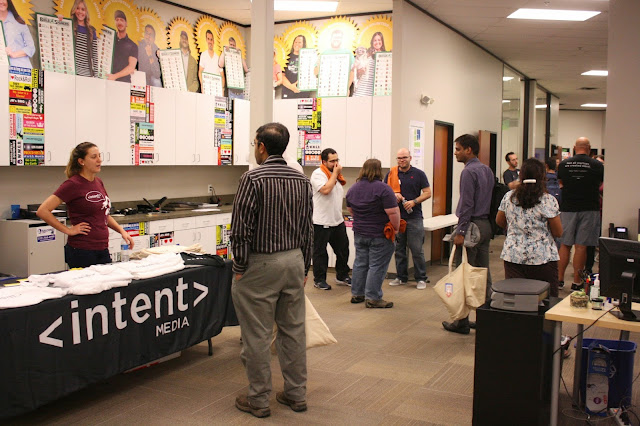 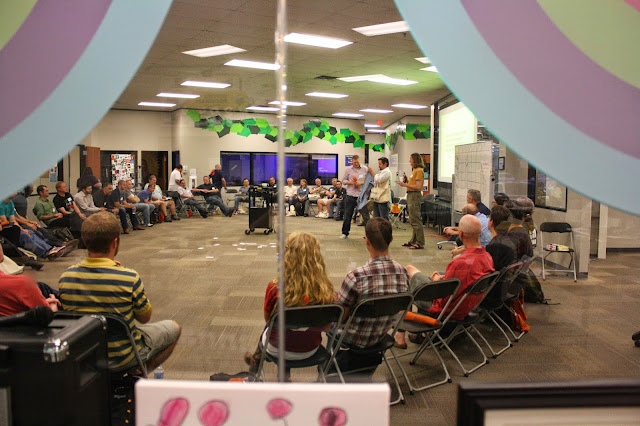 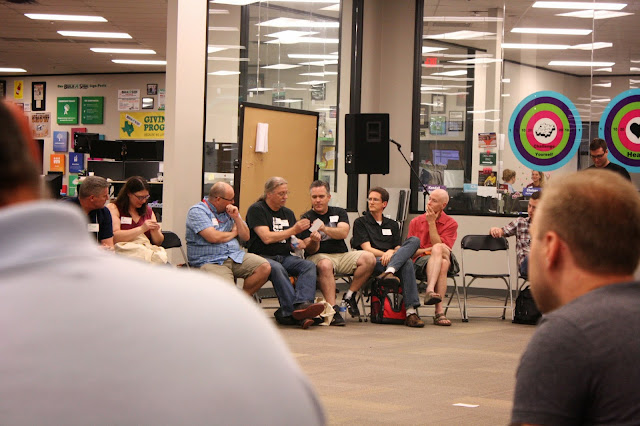 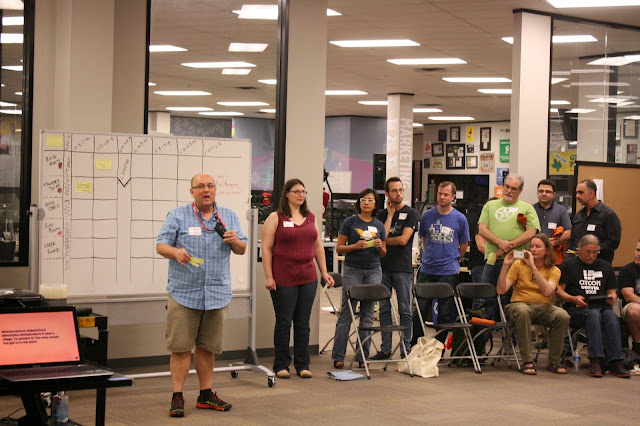 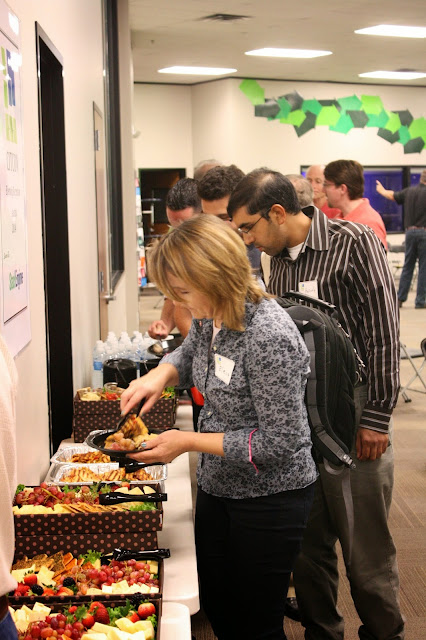 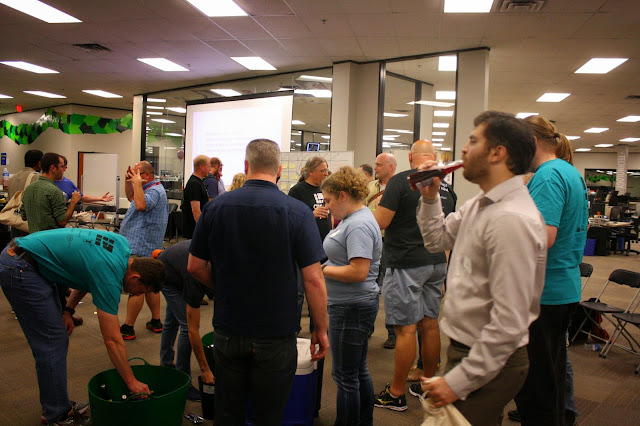 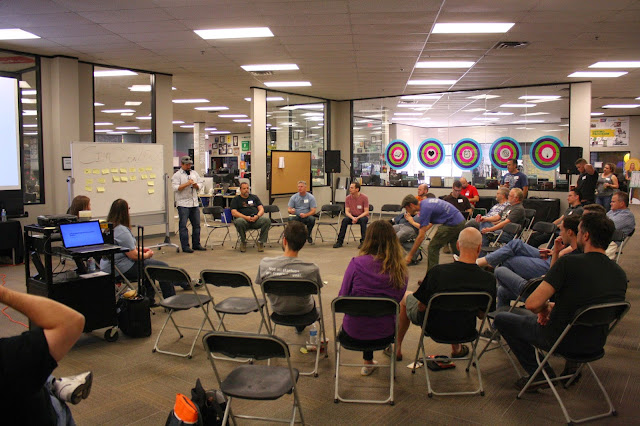 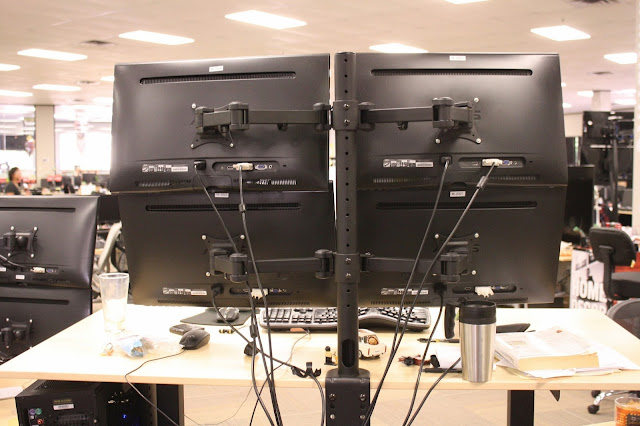 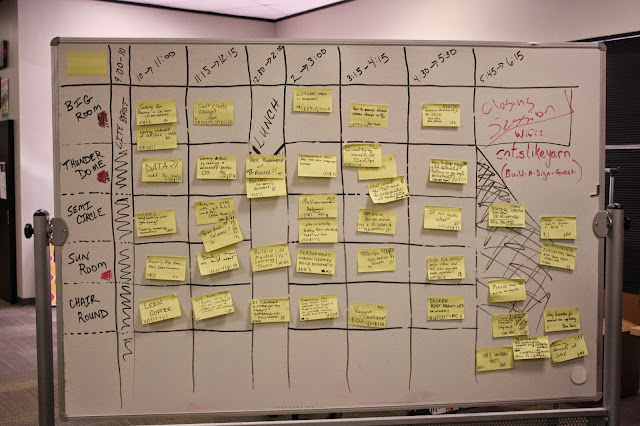 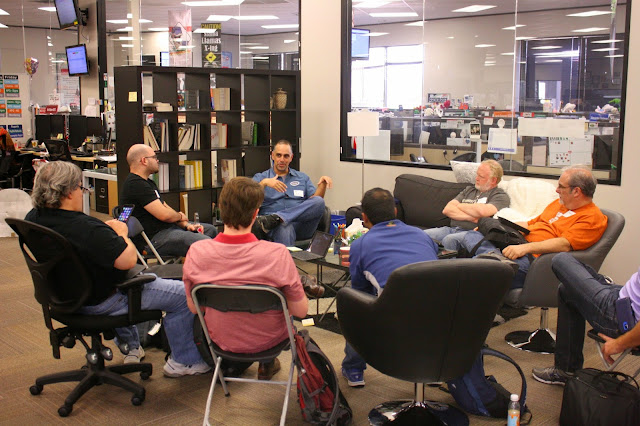 My jumbled Notes:
Interesting conjecture: In the future, we will not write code, just write tests.
Some companies automatically deploy code if it passes tests.
Works well with apps made of many samll services.
Avagandro's Court, book about AI taking over company
"Her", man falls in love with OS
Vagrant defines machines to be built
Stackengine.com has two articles by Boyd about Vagrant.
Puppet/Chef/Ansible are deployment packages; ansible has the lowest learning curve
Vagrant Can be used with AWS to spin up a machine
"Continuous Delivery" book was recommended
Docker 1.3 just released, transition to Docker completely.
Bamboo
Ansible is the easiest to learn and implement only use python
Chef meetup wednesday in Austin / irc channel / Ansible meetup as well
Vagrant was written by Mitchell ... because he hated virtualbox
Posted by Mitch Fincher at 7:52 PM No comments: