The US government passed the "Energy Policy Conservation Act" in 1975 which mandated a Corporate Average Fuel Economy (CAFE) for all a car makers products. The intent was to raise the fuel efficiency of cars.
Many electrons have been spilled in the blogosphere about how to reduce our dependency on foreign oil. The Republicans typically say, "Let's drill off-shore and in that big cold state up North." The Democrats say, "Let's just raise the CAFE standards." The current energy bill proposes a target of 35 mpg by 2020.
Well, the CAFE standards don't matter anymore. Here's two reasons why:
1. With gasoline at $4.00 a gallon, SUV sales are tanking already - down 50% this year. It doesn't matter what the CAFE standards are, people are buying more fuel efficient cars. In the last year the fuel efficiency of US cars has gone from 20.2 mpg to 24.4 mpg.
2. The plugin electric cars are coming. By 2020 the concept of miles per gallon will be moot. We will have gone electric. The pace of battery technology is accelerating and will provide a huge economic advantage to electrical cars. With new Lithium-Ion batteries and EEStor's super-capacitor, the trend will be towards electric cars. Chevy's over-hyped Volt and the Japanese plugins will get here in 2010. They will probably have the bugs worked out of them and be practical by 2015. By 2020 most passenger cars will be electric, trucks may take another decade.
So congress should quit wasting time about whether the CAFE standards should be 35 or 37 mpg in 2020, it won't matter.
What's the mpg of an all electric plugin car anyway?
Posted by Mitch Fincher at 10:45 AM No comments:

Where does the US get foreign oil? 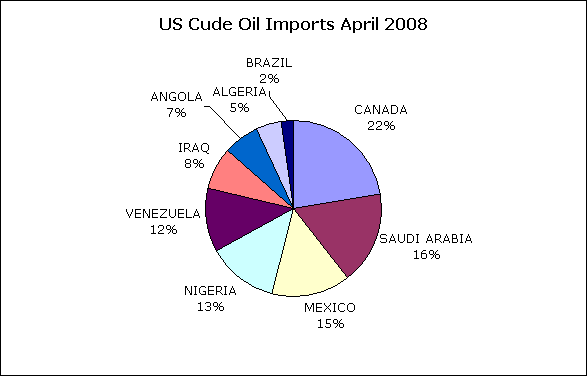 You may not know this but according to the US government figures we import more oil from our friends up north, Canada, than from any other country.
Some other tidbits of petroleum stats:
The United States produces 10% of the world’s oil and consumes 24%.
In 2006 the United States consumed 20.7 million barrels a day (MMdb) of crude oil and produced 5.1 MMdb of that leaving 13.7 MMdb to be imported.
Posted by Mitch Fincher at 11:06 AM No comments: 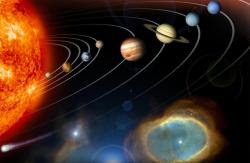 As a programmer do you feel like you are falling behind in the current technology? If you don't, you aren't paying attention.
Isaac Newton came to the revelation that gravity held the heavenly bodies in orbit by theorizing a cannon ball being shot fast enough that it was always just falling over the horizon thereby putting it in orbit. That's what software development is today - we are always falling over a body of knowledge but never quite resting on it.

How do you keep up? Here are a few thoughts:

If you aren't learning everyday, you're falling behind.
Posted by Mitch Fincher at 5:42 AM No comments: